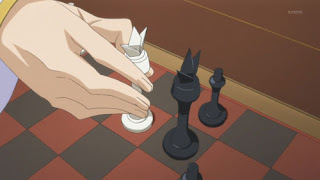 Nowadays I become an arbiter more than being a player. I have arbitrated the Kelantan Closed back in January, the Kelantan Age Groups 1.0 - 3.0, the Mahabbah blitzes, the MSSK in Kuala Krai and the MSSM in Kota Bharu (although being only a pairing arbiter), UiTM Open in August, Cobra Blitz and SK Temangan Open in September. In two more days, I will be arbitrating the National Sports Day Open.

I admit that during my arbitration, there were many instances where I made a wrong call. Most recently in Cobra Blitz, I gave a win to the opponent when the other player made an illegal move, retracted it and played a legal move before pushing his clock. When I checked The Official Rules of Chess written by Eric Schiller, page 77, it clearly states that 'An illegal move is completed once the opponent's clock has been started. The opponent is then entitled to claim a win before making a move. Once the opponent has made a move, an illegal move cannot be corrected.'

This is of course a special rule for the blitz only, whereas in standard games, an illegal move must be replaced with a legal move once the position immediately before the illegal move is reinstated. Of course, it comes with time penalty for the offender. (Article 7.4)

Most of the tournament held nowadays in Kelantan are rapids, so coaches make it compulsory to equip their players, especially the young ones, with 'the illegal move arsenal'. I've seen a lot of these players won their games after the opponents made illegal moves. They were quick to raise their hands and claim it; you could even see many hands raised at the same time in Under 12 category.

My advice is, to coaches out there, please teach your players about the illegal move. Although according to this article it is one of the most difficult concepts to explain to beginners, at least you can teach them this simple rule: a king must never be moved into check, or left in check.