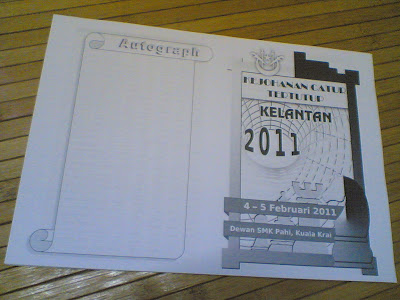 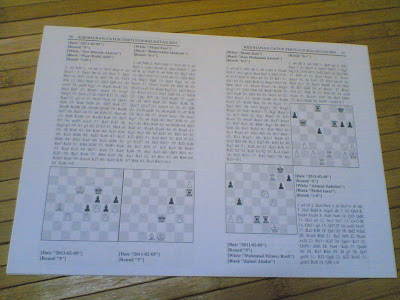 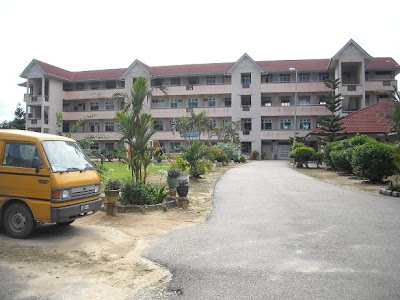 SJK (T) Pasir Gajah, Kuala Krai
Kelantan's MSSM chess contingent is now having its centralized training at SJK (T) Pasir Gajah, Kuala Krai. The training will be held until this Saturday. The players will be coached by formidable coaches coming from all over Kelantan. It is hoped that they will bring the best out of these players so that the contingent will become a real challenge for the other states.
We Kelantanese wish you
ALL THE BEST!
0 comments 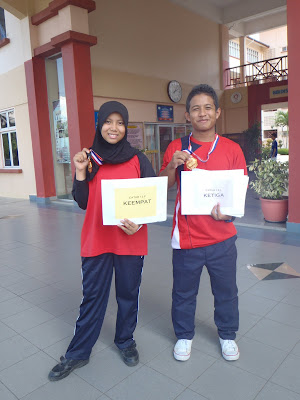 At last, the state selection ended. PPD Tumpat, like last year, managed to send two of its players to represent the state in the MSSM. The players are:
The selection, held at MRSM Kuala Krai from 5 - 7 May 2011, saw 64 participants in every categories totaling to 384 junior chess players competing to be the state representatives. The Kota Bharu contingent returned home with the most golds - 5 from 6 categories! Even though the contingent was divided into two - Northern KB and Southern KB - with 12 winners overall, it did not deter the fact that the other contingents still have a lot of catching up to do. Kuala Krai was next with 9 winners in all categories, while Pasir Puteh came third with 5.
Uniquely, the Boys Under 18 Category saw 6 participants from 6 different contingents, whereas the Boys Under 12 Category was dominated by Kuala Krai. Gua Musang and Bachok did not have a single representative. The names of the winners:
Boys Under 18
Boys Under 15
Boys Under 12
Girls Under 18
Girls Under 15
Girls Under 12
Pictures from the event: 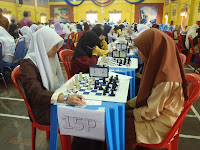 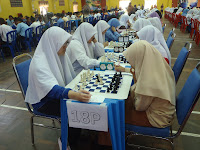 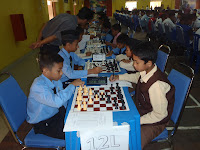 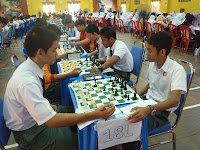 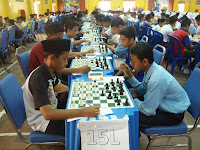 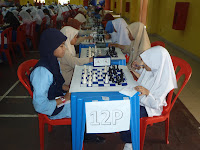 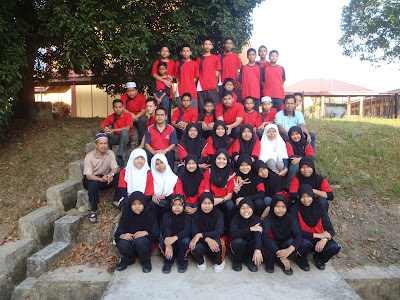 Heartbreak for darling, she only managed to get 7th in her category. She won her games before losing to Aemellia, the eventual champion, in Round 4. Then, she drew all her games before winning her last. Finishing 5.5 points with the strongest tie break did not ensure her a place in the state team.

While Abdul Haiyi only managed to finish 11th when he lost to a player from Machang in Round 7. Although he won his last game, 5.5 points were never enough to secure a top 6 finish. 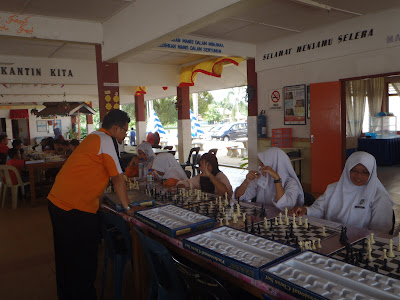 PPD TUMPAT CENTRALIZED TRAINING HAS FINISHED
After a gruelling 5 days (or half days), the centralized training for the PPD Tumpat chess team has ended. The module for the u-12, u-15 and u-18 has been successfully implemented. The climax - a simultaneous chess display by Cikgu Azizul - was held on the last day against 24 players (u-15 and u-18). The result was never in doubt, but at least all had given their best before succumbing to the head coach. Nevertheless, one managed to squeeze a draw, showing maturity beyond his age. Hopefully, PPD Tumpat will provide more ammunition for the state team, as it already had by providing two of its own, last year. This year, the darling is still hungry for more success, but she is not the only one who is targeted to wear the state colours. But time will tell, whether the PPDT will become more successful than previously.
1 comments