Tonight I was asked whether I would stop blogging for good. I did not give him a definite answer, but gave him a good hint instead. I cited being busy with school work as the culprit, but I knew that it was not the main reason. Being far away from half of my family really robbed me of weekend treasure. Every Friday and Saturday when I didn't have school events would be filled with programs for my sons and daughters who are currently living separately as siblings.

However, I managed to arrange a family time even though I am currently reprsenting my state in a chess tournament. In between the two playing days, Kelantan state teams spent some time at Zaaba College, University of Malaya playing chess as friendly gestures with Malaysian PARA chess team which will be playing their games starting on 18 September. The results won't matter, as the experience they got tonight would surely help them to improve before taking on their opponents in the real tournament.

I played Black with Shaharuddin Sidek. Hopefully he got something from our game. 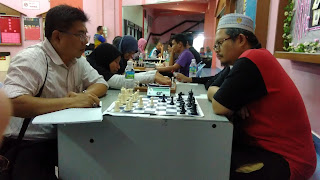 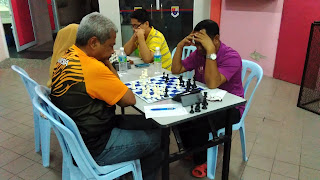 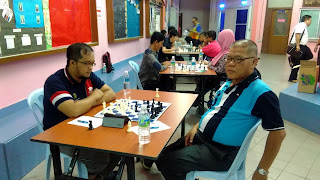 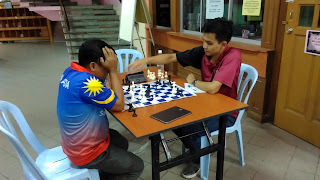 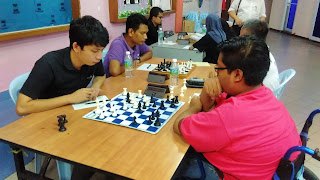 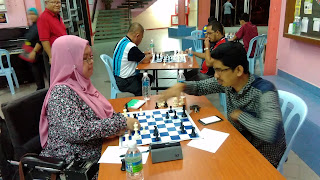