After a long absence in the chess scene, Marzuki Yaacob emerged unscathed in the Darulnaim College of Technology Chess Open. Winning 5 games and drawing once proved that his chess skills are still a force to be reckoned with. Even though Mohd Ariez got the same amount of points, Marzuki topped the standing due to the better tie break score. Here is the top ten results for the Open category:

Of my charges from SMK Chabang Empat, Maznie Madri managed to get best third female player in the Secondary School category. My son 'Ammar, 6 years old, was still getting some tournament practice. He won a game, drew a game and lost 4 others.

Here are some pictures from the event:

WHAT IS YOUR HAND POSITION?

Reading this article made me browse through some of my picture folders to determine which one I have preference of. Well, it seems that I have quite a few: 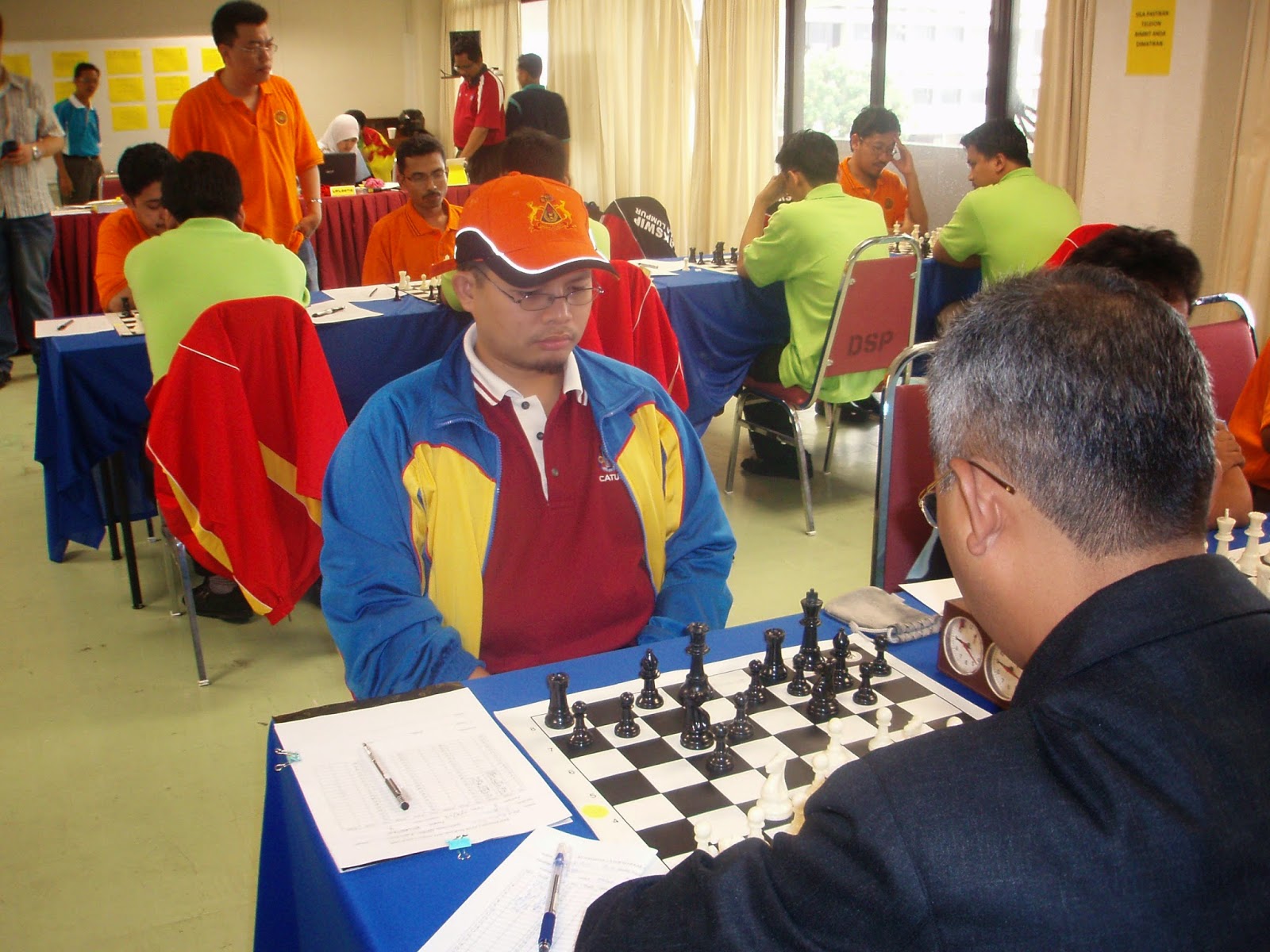 I do this quite a lot, mainly because of the air-conditioning. 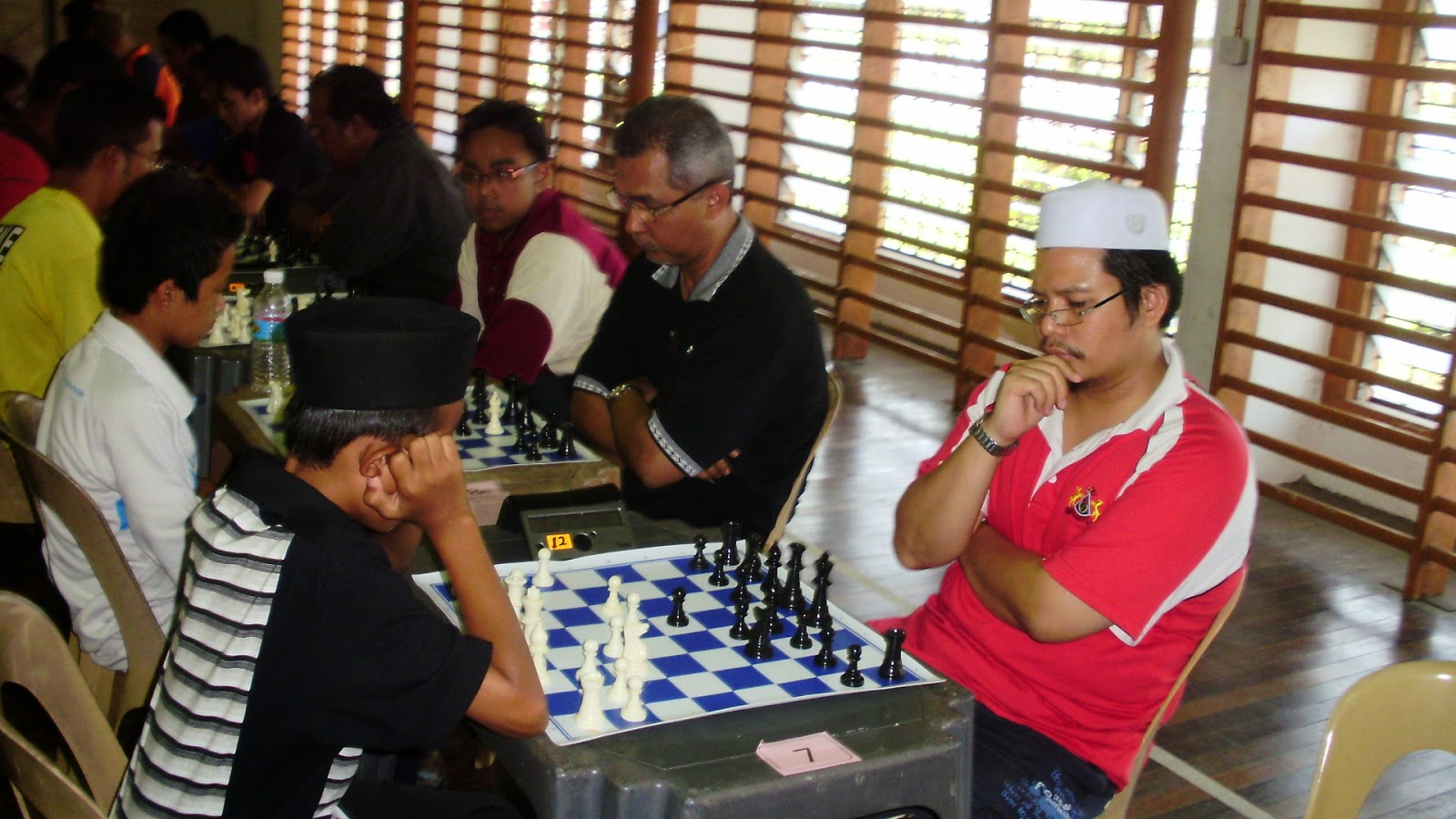 This is one of my favourite. It denotes that I'm seriously thinking of how to punish you. So, whoever encounter this post while playing against me should beware. 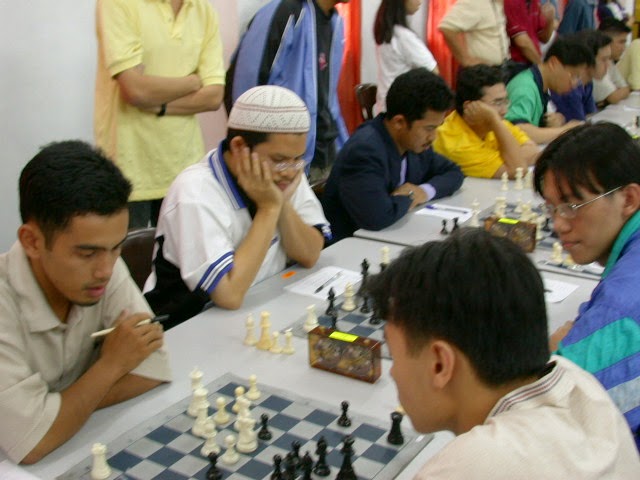 This is used whenever I'm in trouble, or at the wrong end of a tactical maneuver. You might want to search for something wrong in my position. 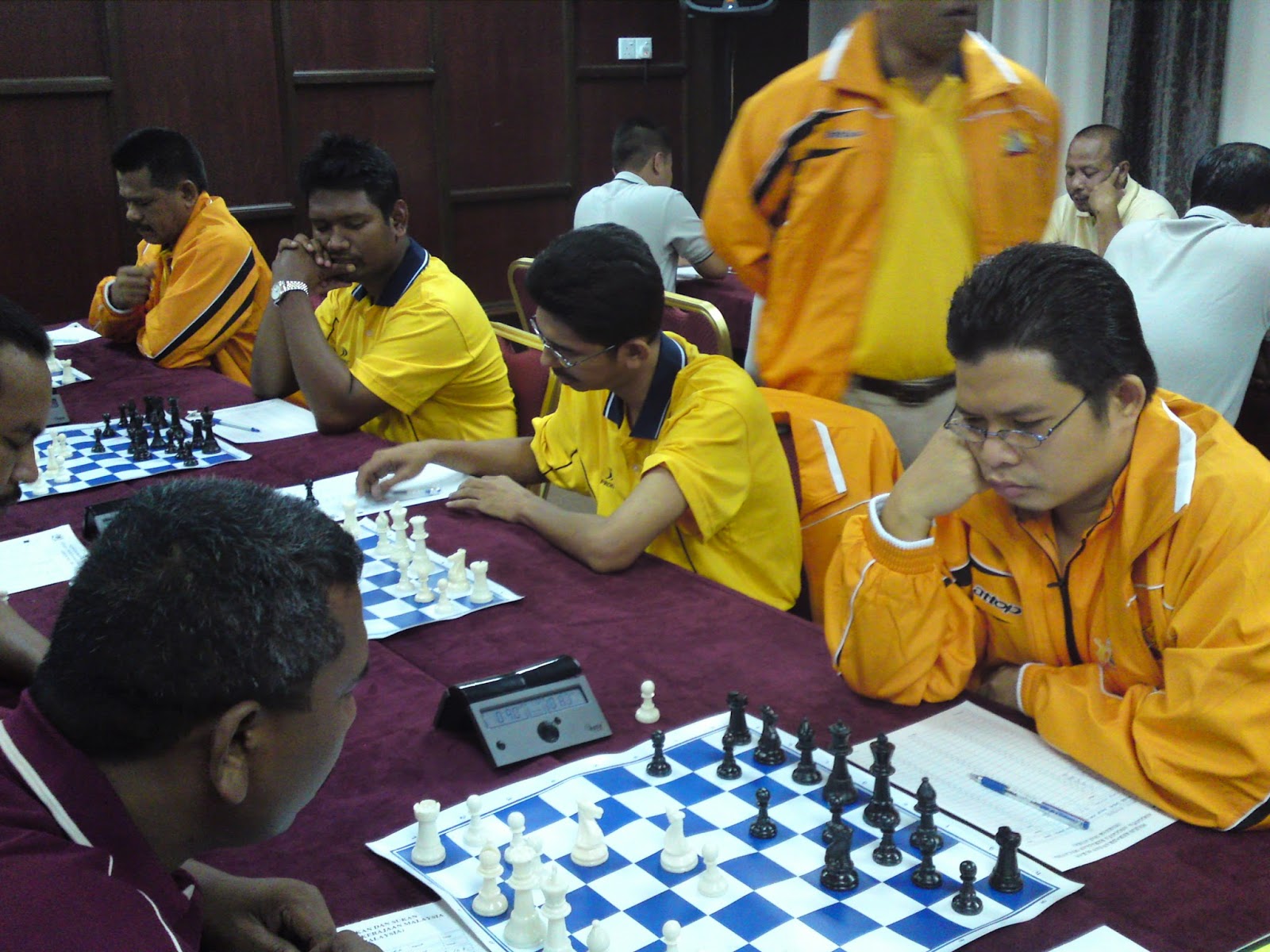 This is when I'm considering a very powerful move. I might be giving the next move with a punch! 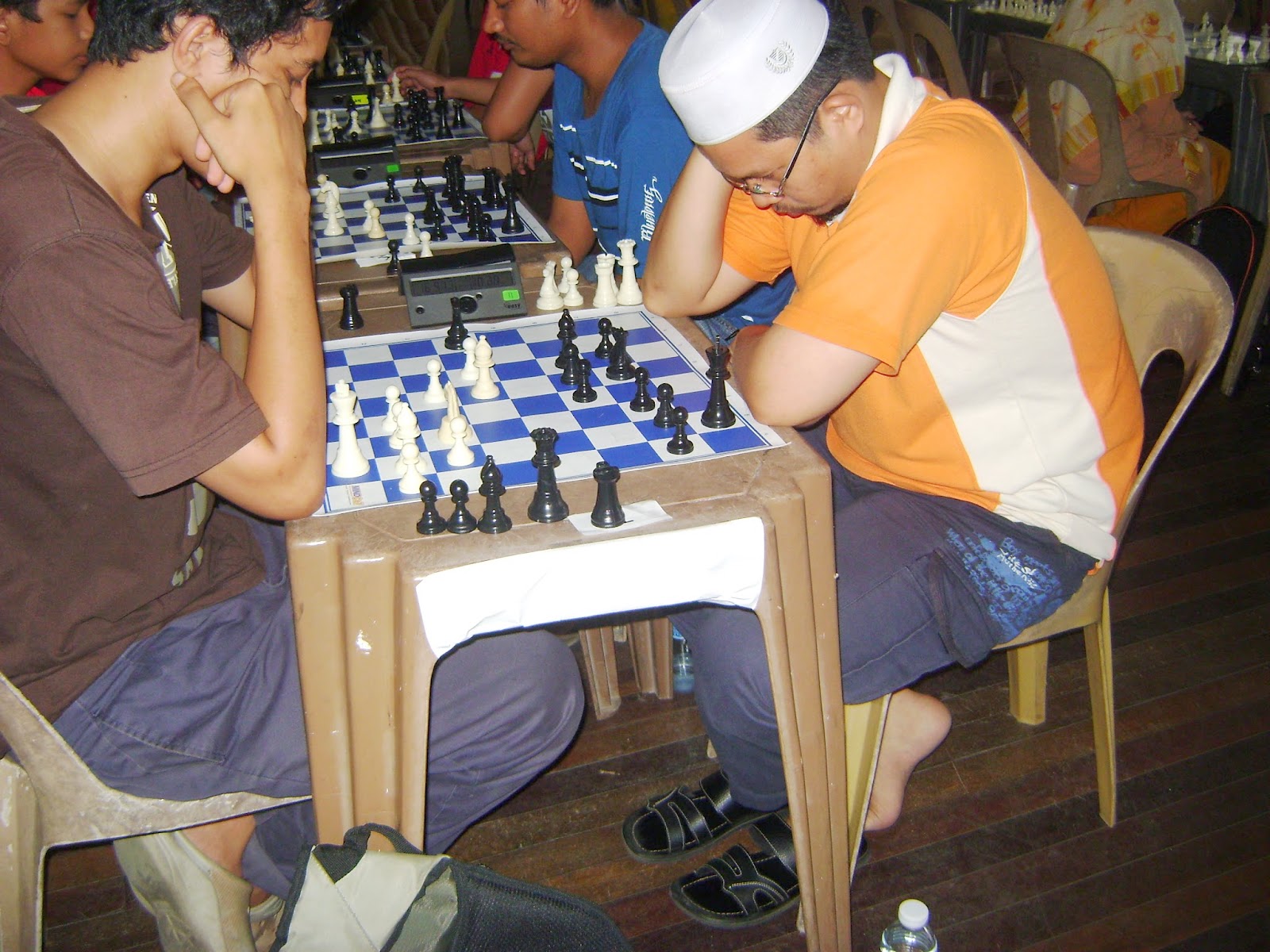 This is the way I'm saying 'Quiet, please!' Obviously, if I'm at the first board like in this picture, I just need one hand. 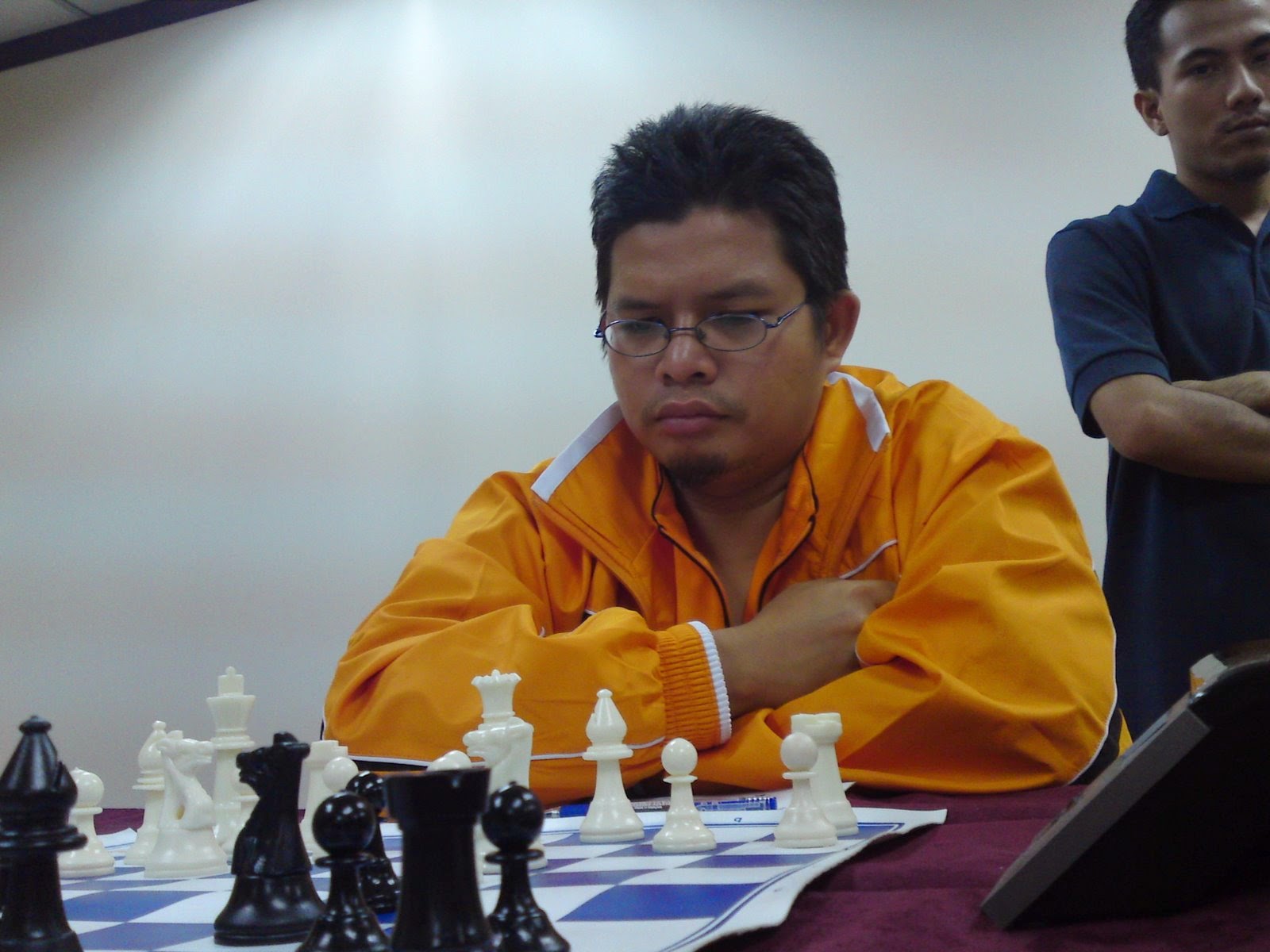 Well, I could not find the category in the article for this last picture, so I will call it 'The Crossing Hands'. I use this to say that I'm quite satisfied with my position.

There may be many more hand positions I employed during my games, and I could not have possibly capture them in pictures as I was deeply engrossed in calculations during the time. If you have pictures of me with other hand positions apart from those above, feel free to send them to me.

So, what is yours?

This has been truly a remarkable journey the team has endured throughout the tournament. 2 consecutive draws against higher rated team has put our flag way up there on the third board. What equally sensational is that Malaysia has been drawn to play against the home team which has a certain Super Grandmaster Magnus Carlsen, the highest ever rating player in the world of chess! I believe not many of us have envisaged this a fortnight ago, but here we are now, punching which I believe what is not really above our weight.

Regardless of the result would be, this Malaysia chess team will be remembered for a long time to come. The mixture of experienced and new comers has produced wonders. No more fixations with certain individuals because honest selections will bring out the best from our chess talents.

For tomorrow night, providing that the lineup fits, this is my review: 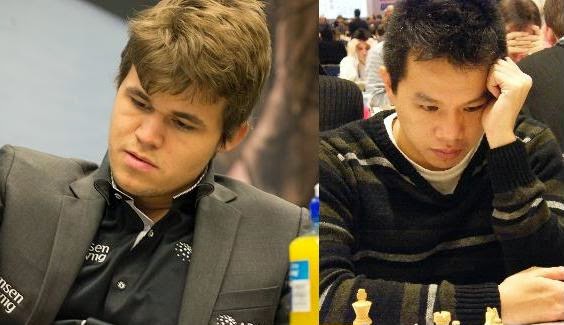 This will be really tough for Lim. The 566 rating difference does not lie. However, Lim likes to play simple games, so hopefully he will find a draw somewhat. It will be absolutely hard though, because Lim will be playing black. 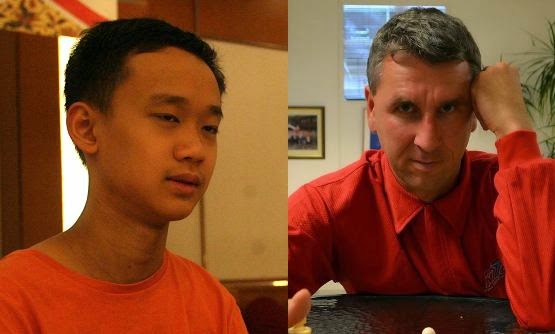 The youthful Aron against the experienced Agdestein will be a game to watch. Aron likes to attack, and playing white, he will have the first opportunity. However, the stumbling block will be the fact that Aron has lost two games in the row, which might make him suffer a little in terms of confidence. 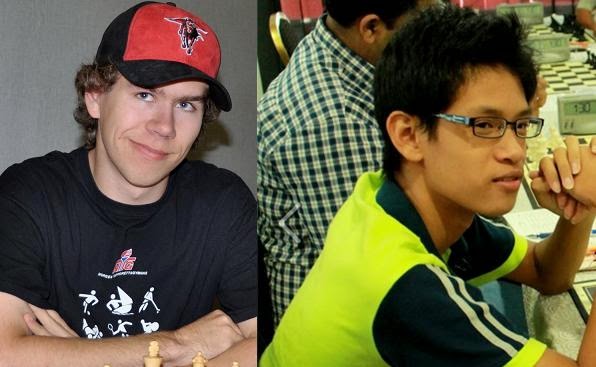 GM Jon Ludvig draws a lot in this tournament, so Fong should take note of this. The drive of getting the FIDE Master should be enough to give Fong the motivation he needs in order to tackle this game. Fong played quite impressively in the last 4 games, so this game will be the cream of the crop if he does pull it off. 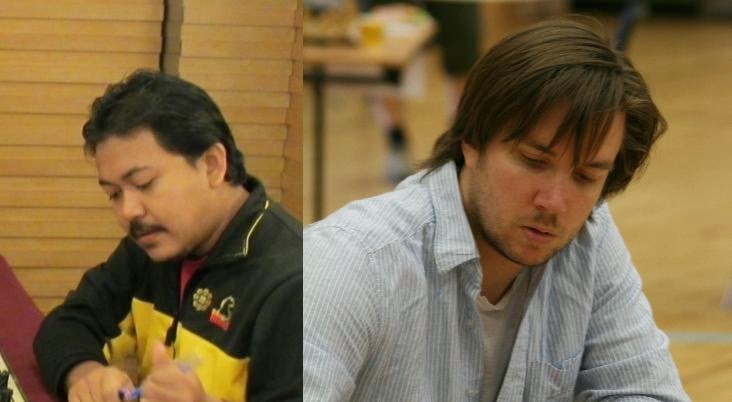 To my dismay, Ahmad Fadzil Nayan is arguably the best IIUM player ever. He is now representing the country whereas most of us ex-IIUM are at best representing our states. Nonetheless, the champion of Asian Amateur 2011 has to be at his best in order to win against GM Johannessen. I really like to see whether Ahmad Fadzil will accurately calculate his moves tomorrow, leaving the miscalculation of yesterday's game against the Swiss to the back of his mind. He also has the chance to be a FIDE master if he gets at least half a point.

The Malaysian chess team is currently battling their wits in the land of the reigning World Champion, Grandmaster Magnus Carlsen. As per post, Malaysia male chess team is in 48th placing from the 177 participating countries. This is very impressive considering the team composition which comprises of mostly new faces.

Although there are many sites providing the coverage, I watch their performance every night at chess24.com. Its interactive features are quite good, so you may try it yourself. 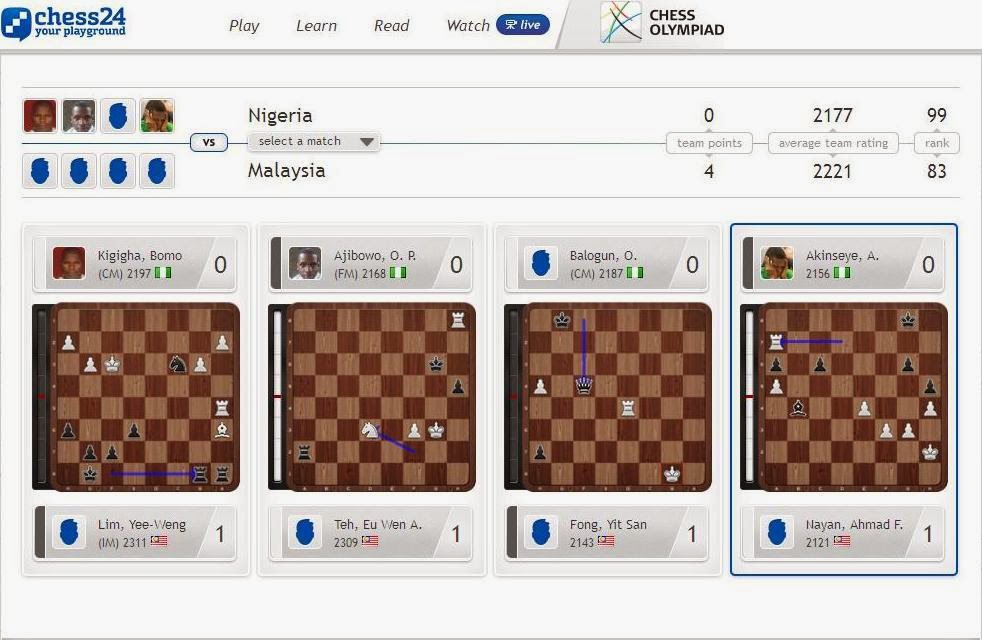 Tonight in Round 9 the male team is playing Tajikistan. Hopefully the chess team will get the chance to revenge our football team loss to Tajikistan under the new coach Dollah Salleh.

The team's results can be accessed in the chess-results.com server. Please click here. 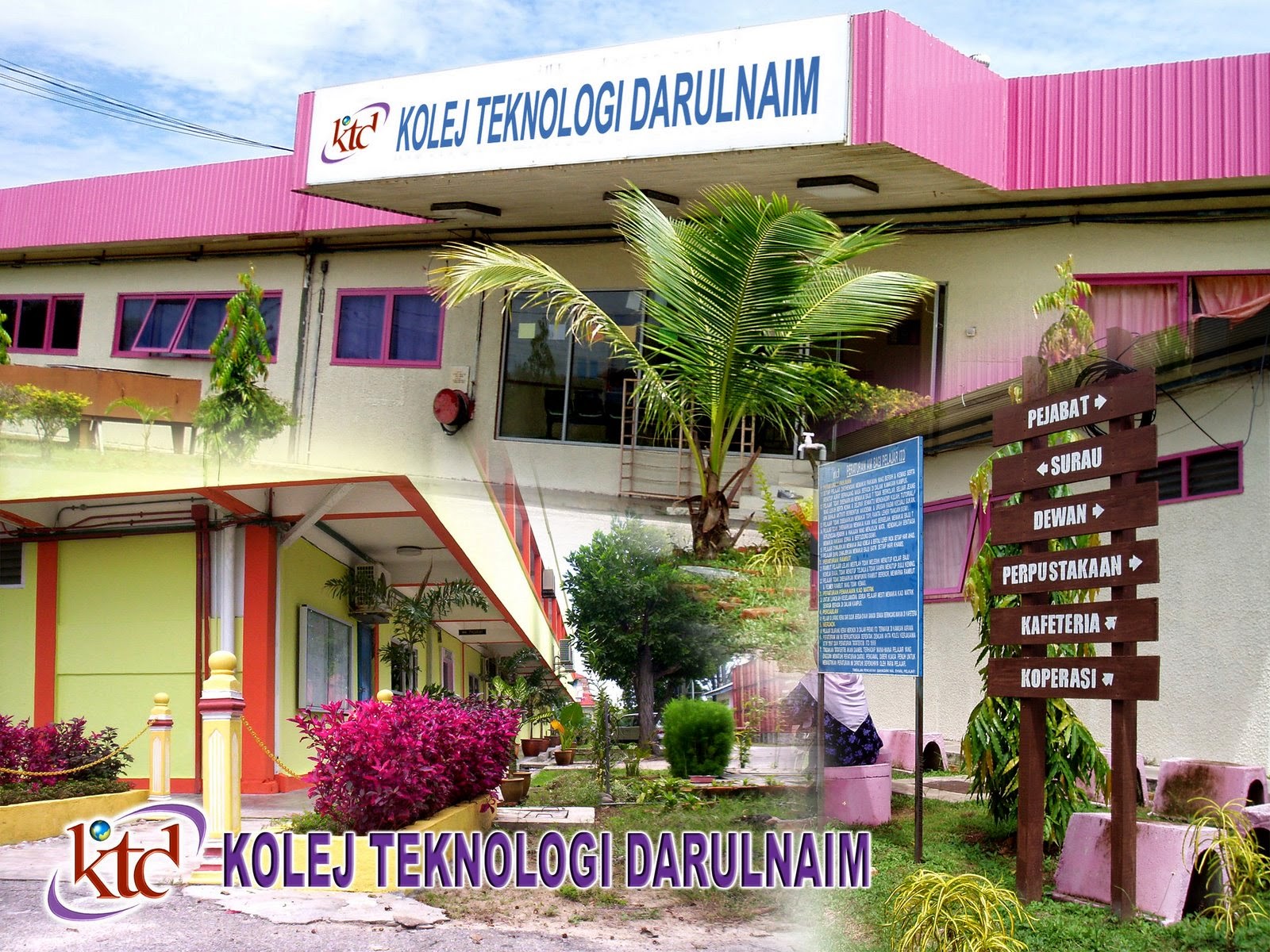 Darulnaim College of Technology will hold its inaugural chess event this weekend in conjunction with its convocation festival. The details of the event are as below:

or register online by clicking here.

How to get there? Here is a simple map. 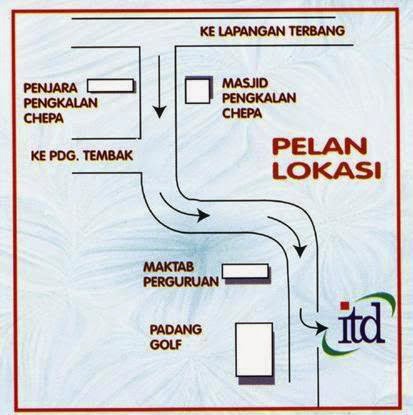 Today I played my 5000th game in the rapid category of chess.com chess server. I would stop playing the rapid games as it is clear that I could not play fast nowadays. Many of those games I lost due to time pressure, and in quite a lot of them I was in the winning position. I am now playing in a slower time control category and I think I am doing quite well.

Here is the stats for my chess.com games: 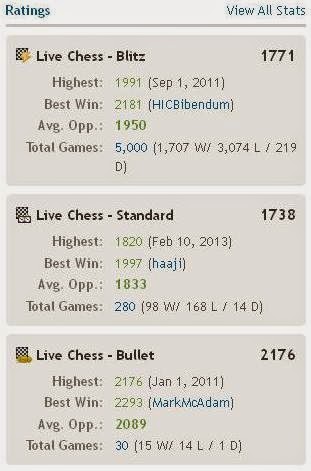 In my 5000th game, I luckily won although we were both in time trouble. It was a sharp Sicilian game where both of us castled on the opposite sides and raced to get to the enemy's King. In the end, he lost on time at the point where he would be checkmated in two moves. 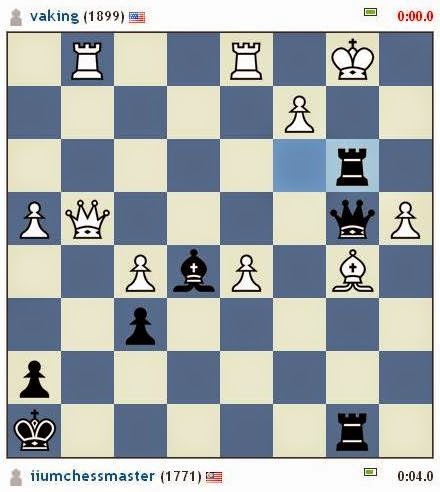 The diagram below shows one of my lost due to the rapid time control when I could not find the checkmate. By the time I was giving him a perpetual check in order to search for the mate, time was out. You might think that 'This is an easy one!', but try to imagine that you only have seconds to search for it, coupled with the server lag. 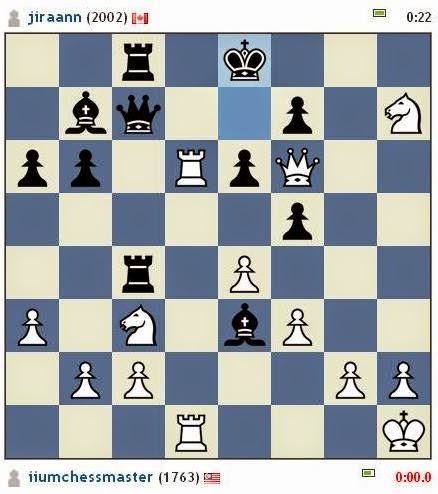