Terengganu took advantage of being the host to wrest the title away from Johor in the recently concluded MAKSAK held at Tanjung Vista Hotel, Kuala Terengganu. The three-day tournament saw 14 teams participating in the inaugural 7 round Swiss format. The previous winners' pool and losers' pool format was relinquished to give the chance for the change into Swiss format. It was a bold decision made by this year's MAKSAK committee at the time when we already grew accustomed to the previous format.

The participating teams were (according to initial ranking): 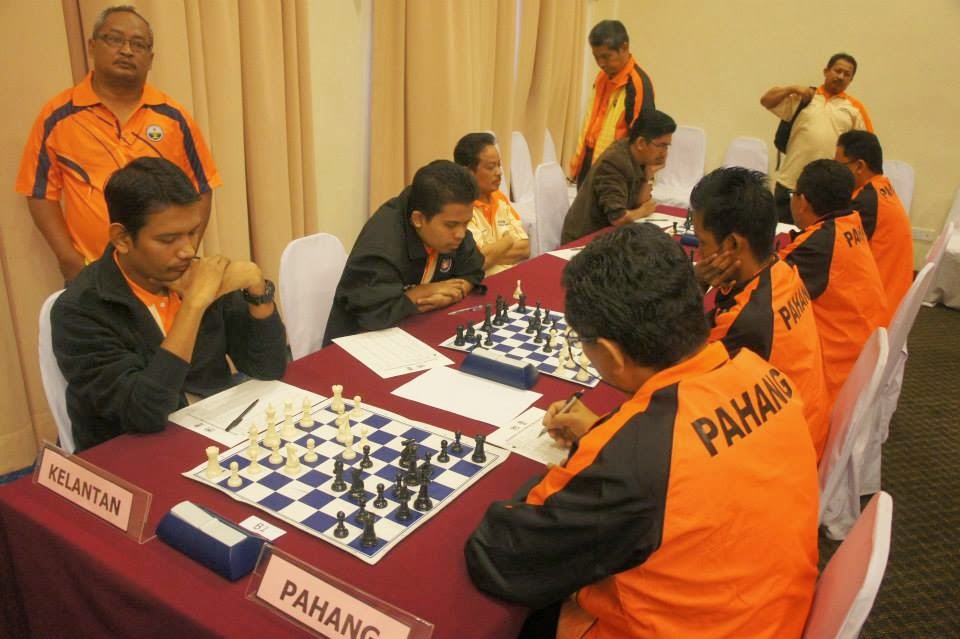 Kelantan was put at the bottom of the pack for not participating in the 2013 MAKSAK in Johor. We nearly do not participate this year also if not for the effort put in by the team members and the timely school holidays.At the final moments, we managed to assemble a team consisted of (according to board number):

Kelantan performance was not up to par, in my opinion. Only Nik Mohd Nazri and Baharuddin did well in their games while others were way off the mark. However, I think they were forgivable as the team did not properly trained prior to coming for the tournament. Ariez is a newcomer while Mohd Anis and Mohd Saufi obviously need some time before the tournament to warm their engine up.

Kelantan performance, as a team and individually, can be viewed here.

Nik Azrihan was also there as the manager of the team. He didn't get to play any games but he did play a big part in the team. It was him who made sure that the team has proper attire, courtesy of a generous sponsorship from PCNK, because uniformity is what make a team bond. As an absentee, I was quite jealous of this, but as a member of the Red Knights, I was proud. At least they have proven that the state's decision for not sending a team will not deter the Red Knights from competing in MAKSAK tournaments in the future. 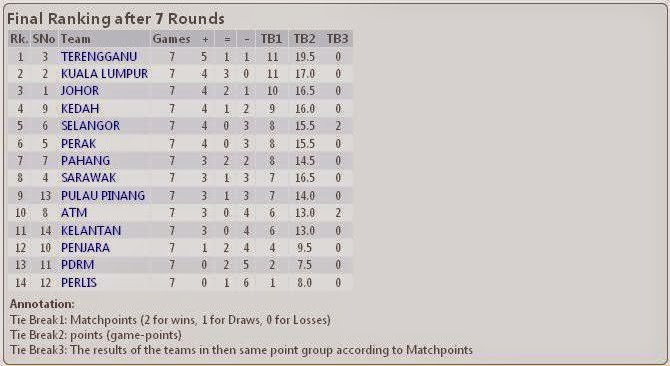 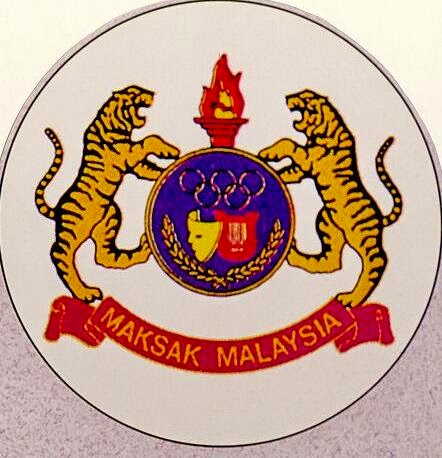 MAKSAK has come again, and, again, a big event is happening in my life. In 2010, I did not participate because of my father's death, while in 2012, even though my wife was expecting, she assured me that my baby would wait for me (and she eventually did). However, this time, another baby will be coming out soon and I will not be going to Terengganu.

I was told by the team captain that they would be going on their own because Kelantan government do not ask the chess team to participate this year. The invitation letter that we have been waiting since the dates are announced does not arrive so the Kelantan team will be participating with their own pocket money.

I do not actually know the team composition, but I was notified that my replacement is quite as good, if not better. He is a young chess talent uprooted from the MSSK Kelantan team several years back and is believed to be coaching around Kota Bharu area.

Hopefully the team will prove that the state decision to not send the team is faulty.