This is the second year I'm involved with the Kelantan MSSM squad. It is a team consisting of old and new talented young chess players gathered from all around Kelantan. Even though many of them are either from Kota Bharu or Kuala Krai, there are also some originated from Pasir Puteh, Pasir Mas, Tanah Merah, Machang and also Tumpat. 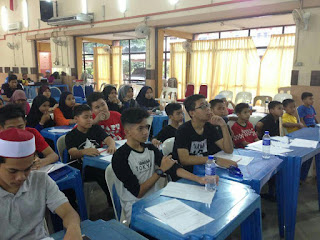 The centralised training was held at SMS Faris Petra during the weekends for the whole of July. In the middle of the training, there was an individual event organised by Persatuan Catur Negeri Kelantan at PROKEL and a team event at Sultan Ismail College. Both tournaments were designed to test the players because they are going to be involved in both events at this MSSM.

There were a couple of players who won the selection which was held at SMK Pak Badol beforehand, but did not turn up at the training. Both were substituted with the players in the waiting list as we don't want players who cannot give their commitment to the cause. 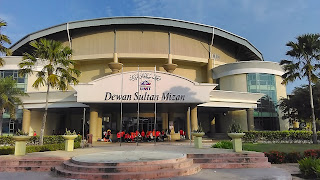 The Terengganu MSSM is being held at Dewan Sultan Mizan in the heart of Universiti Malaysia Terengganu premise. It is a very big hall and the playing space is comfortable. Even the praying room and the toilets are very satisfying for me at least.

As for the team, they are currently doing well, especially the under 12s. They are punching above their weight and there are also two female players who are still with full points from 4 games. This brings hope for the contingent as a gold medal will surely benefit all for they are promised with funds if they succeed in actually bringing it back to Kelantan. 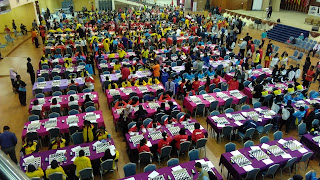 Today is the fourth day and there will be 2 more games waiting to be won. Hopefully we will be glorious and lift some medals this year.

Most valuable post! This article is very helpful and I think it quite fascinating while reading it. Looking forward to more post like this. Thanks for posting like this a good post.
To service your laptop with offer prices, Please visit : Laptop service center in Navalur