A FAIRY TALE ENDING TO AFIFAH 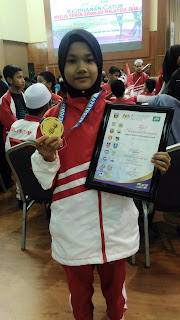 Do you believe in fairy tales? Even the most skeptical will surely gasp in awe for the achievement of this petite girl from Pasir Puteh. Why? Here is the story.

Getting second place in the state selection was the start needed by Nik Nur Afifah Nik Mud. She and her teammates were then involved in the centralised training under the tutelage of Mr. Nik Mohd Nazri, the under 12 coach. Judging by the scores from the selection, Afifah and three others; Fatin, Haifa and Azreen; were equally strong. Coach Nazri and the head coach, Mr. Saufi decided the four of them should be in the team event at the MSSM while the other two would be in the individual event. However, before the SIC Team Championship, the coaches had a change of heart. Afifah was so strong in the training sessions that the coaches were worried her teammates would stripped her of any chances in getting the medal. The results confirmed their assessment, thus Afifah would be playing in the individual event alongside Fatin, the selection champion. 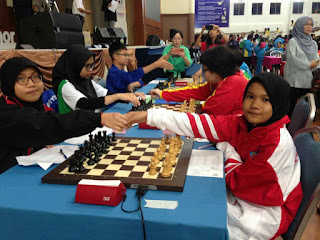 For the first three rounds, the coaches were unfazed with her ability to outplay her opponents. They didn't even prepare her, as they believed she could do it again the next game. When she asked me about it the night before the fourth round, I said that we didn't want to 'stop the ball rolling' and continued to focus on preparing the under 15s as I was their coach. Unexpectedly, she replied, 'Do I looked like a ball?', prompting my nervous laugh. Therefore, I assured her that we really cared about her and that we just didn't want to stop her momentum. 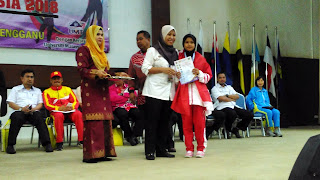 True enough. She went all the way. She even offered a draw in the last round while leading the exchange. She had two Rooks and a Bishop compared to her opponents' Rook, Knight and Bishop. Her opponent accepted and got third place. 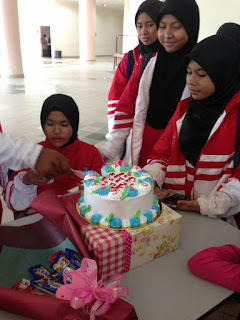 One important fact: the final round was on her birthday! So, before the final round, we celebrated her birthday with a cake just outside the main door of the tournament venue. Then, we encouraged her to get the gold as her best birthday present ever.

The gold medal put Kelantan high in the ranking in terms of gold medal:

However, Kelantan was eighth in terms of overall points tally: 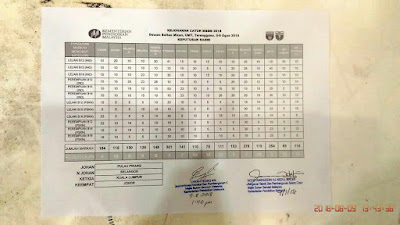 This is the most helpful post that focused on the key points about the subject. This valuable content helps to figure out reliable details. Please visit : Laptop service center in Navalur